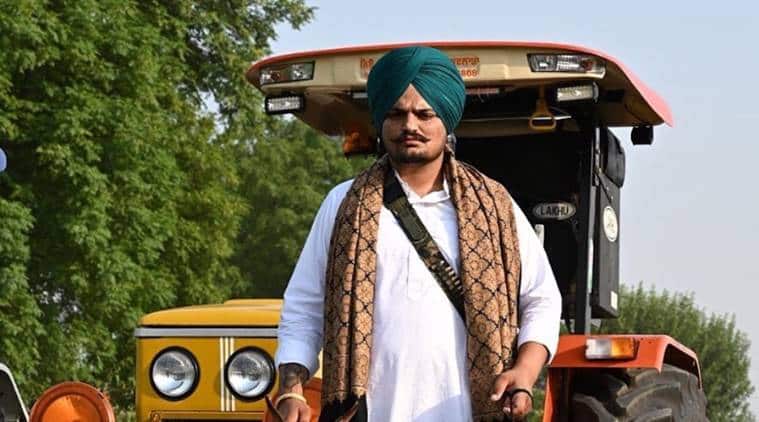 Shubdeep Singh Sidhu Moose Wala, Punjabi singer and Congress leader, was shot dead near Mansa on Sunday. The 27-year-old was reportedly shot at at least 10 times near a temple in village Jhawahar Ke, and was declared brought dead at the Civil Hospital in Mansa.

From our archives |Sidhu Moose Wala: The Punjab Police poster boy who turned into controversy’s child

This comes soon after the security cover of Moose Wala was curtailed. He was among the Punjab politicians who lost their security cover as part of the Bhagwant Mann government’s exercise to crack down on VIP culture.

After Moose Wala’s death, people could be seen shouting slogans against the Punjab government at the Mansa hospital.

Sidhu Moose Wala belonged to Moosa village near Mansa and was the voice of many superhit songs in the last few years. Moose Wala had contested the Assembly polls on a Congress ticket from Mansa. He was defeated by AAP’s Dr Vijay Singla with a margin of 63,323 votes.

The ballad of Sidhu Moose Wala: Self-made, temperamental, the man from Moosa

Penalties for delays, cuts in weekly pay: Life gets riskier for 10-minute… Moose Wala was reportedly shot at least 10 times near a temple in village Jhawahar Ke.

Moose Wala had joined the Congress amid much fanfare in November last year. With Congress granting him ticket from Mansa Assembly constituency, then sitting Mansa MLA, Nazar Singh Manshahia, had revolted against the party saying that he would oppose the candidature of the controversial singer.https://www.youtube.com/embed/Z1veAWZGCkk?version=3&rel=1&showsearch=0&showinfo=1&iv_load_policy=1&fs=1&hl=en-US&autohide=2&wmode=transparent

Soon after the news of Moose Wala’s death broke, Congress leader Rahul Gandhi tweeted, “Deeply shocked and saddened by the murder of promising Congress leader and talented artist, Sidhu Moosewala. My heartfelt condolences to his loved ones and fans from across the world.”

Punjab Chief Minister Bhagwant Mann appealed for calm and said no culprit would be spared. “I am deeply saddened and shocked by the horrific murder of Sidhu Moose Wala..No culprit will be spared..My heartfelt sympathies and prayers are with his family and his fans all over the world..Appeal to all to remain calm,” he tweeted. Sidhu Moosewala’s mother at the Civil Hospital in Mansa, where he was brought dead. (Express photo)

“Sidhu Moosewala’s murder is saddening and very shocking. I have spoken to Punjab CM Bhagwant Mann. The culprits will be given the strictest punishment. I request all of you to be strong and maintain peace. May god grant his soul peace,” Kejriwal tweeted.

Sidhu Moose Wala was among the hundreds of public figures whose security covers have been withdrawn or curtailed ever since the AAP came to power in Punjab. The first such order came on March 12, and the latest directive was on May 28. While some sections have hailed this “crackdown on VIP culture”, others have claimed the move endangers lives, specially as the names of those who lost their security cover has been shared publicly. 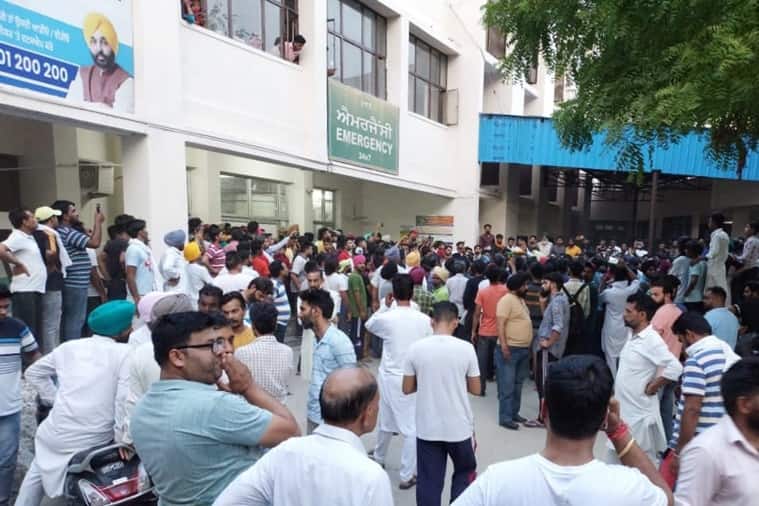 People shout slogans against the Punjab govt at the Civil Hospital in Mansa, where Sidhu Moose Wala was brought dead. (Express photo)

“Sidhu Moose Wala was a prominent singer. Due to dirty politics of Arvind Kejriwal and Bhagwant Mann, he was fatally attacked, in which he lost his life. Firstly, they withdraw security of people and then publish their names. I warned this can be dangerous,” Sirsa said.

Sirsa had, on Saturday, shared two pages of the document that gave the list of people who security was either being withdrawn by Punjab police or was being downgraded. He alleged that the document had been leaked despite being confidential and that it was a threat to the safety of the people who names were on the list.

The Enzymatic Activity of TcPanD